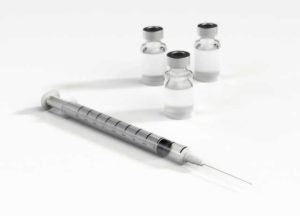 Cross contamination in the pharmaceutical industry is not just an issue for those working in it, but also for the wider public as a whole. Understandably, most of the attention on contamination in pharma manufacturing and processing is focused on either cross contamination between products or agents, or from the spread of agents, such as biological cultures, within a facility. In fact, the potential harm of biological and other agents escaping from production sites has recently been highlighted by environmental pollution from antibiotics in a number of countries, which is believed to be a contributing factor to rising levels of antibiotic resistance around the world1. Furthermore, viral contamination can also be a serious threat for any type of bioprocessing laboratory or manufacturing facility2.

Thanks to the increasing use of outsourced production, new technologies and continually evolving biological and microbiological techniques, ensuring safe pharma manufacturing has become increasingly complex3.

A healthy and hygienic workspace

Attention also needs to be given to the potential contamination of (and from) environmental factors used in the production and processing of pharmaceuticals, such as water and air used for process heating, cooling or sterilisation. Obviously, the best option is to prevent contamination in the first place and there are many regulations to enforce this. Consequently, many of today’s pharmaceutical manufacturers are reducing their contamination risk through the use of robust procedures and well-designed equipment.

One such example is the new and improved HRS S Series of corrugated multitube heat exchangers. The S Series is fitted with a double tubeplate to overcome the potential issue of contamination between the product side and service side materials which is a prerequisite for some pharmaceutical applications. This design prevents contamination and provides leak detection while offering all the usual benefits of HRS Heat Exchangers’ normal corrugated tube design, including reduced fouling, improved heat transfer and reduced pressure drop. All S Series models also feature an expansion bellows to absorb different expansion rates between the shell and inner tubes. Individual units are available with surface areas from 1.3 to 6.8 m2, and units can be combined in a frame for larger applications. Surface finishes range from 0.4 to 0.8μ for pharmaceutical and hygienic industries and descaled for all industrial applications.

The new S Series of multitube shell and tube heat exchangers builds on the strengths and reputation of the previously named HRS F Series of hygienic heat exchangers, but introduces three distinct models aimed at different industrial sectors where cross contamination and leak detection are important:

However, stringent the hygienic requirement of your process are, there is a new S Series heat exchanger to reduce the cross contamination risk during processing.