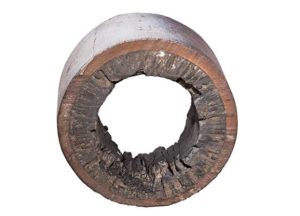 The impact of fouling in heat exchangers has been recognised since 1910 when the first research on the issue was carried out. Since then there have been many developments, from patented solutions to standard good practice such as maintaining flow rates and carefully controlling temperatures. A well designed heat exchanger will take the standard ‘fouling factor’ for the material it is to handle into account at the specification stage, ensuring that sufficient heat exchange occurs when normal levels of fouling are experienced in operation.

The fouling factor represents the theoretical resistance to heat flow due to the build-up of a fouling layer on the tube surfaces of the heat exchanger. In practice, fouling factors are often overstated by the end user in an attempt to minimise the frequency of cleaning. In reality however, using the wrong fouling factor may actually result in the need for more frequent cleaning.

Standard values are available for a number of common liquids and gases such as fuel oil, sea water and alcohol vapour. However, for many materials, including those with the highest fouling factors such as sludges, it is best to analyse the substance in order to achieve an accurate result.

The surface of the heat exchanger will also have an effect, and rough surfaces are known to collect particulates which increases fouling. The smooth polished surfaces which can be achieved on tubes made from 304 or 316 stainless steel will also help to minimise fouling.

While some forms of fouling are unavoidable, careful design and choice of the right heat exchanger, for example using corrugated tubes, can go a long way to minimising the effects. The first step should always be to analyse both the product and service fluids in order to calculate accurate fouling factors, and this is then followed by good design to ensure adequate fluid velocities, temperatures and other operating parameters.