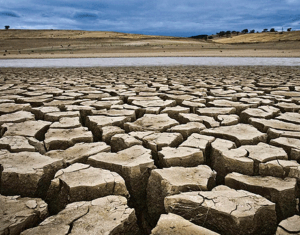 The scientific consensus on climate change is now well established. 2016 was the warmest year on record, and it is clear that in order to avoid the very worst effects of climate change, we need to use every available tool to decarbonize as many aspects of society as possible, from energy generation and transport, through to food production and waste disposal.

Such a holistic approach to decarbonization is about more than simply producing low carbon energy. After all, modern society is dependent on many substances and processes which are directly or indirectly responsible for the release of key greenhouse gases (GHGs) including carbon dioxide, methane and nitrous oxide.

Globally, agriculture generates around 17% of total GHGs, with a further 7-14% due to changes in land use[1]. These emissions come from the entire agricultural cycle: soil cultivation; fertilizer use; livestock rearing; energy consumption; and from waste during harvesting, processing and in the supply chain. Overcoming these issues can seem insurmountable but there is one renewable technology that has the unique ability to help reduce emissions from all of these areas – anaerobic digestion (AD).

AD produces green, renewable energy in the form of biogas through the bacterial breakdown of organic materials under anaerobic conditions. In doing so, not only does it create a versatile energy carrier (biogas can be used to produce electricity and heat, as a replacement for natural gas or as a transport fuel), but the residue left behind after the process – known as digestate – is a nutrient-rich organic fertilizer and soil conditioner. Furthermore, by treating organic wastes such as food, crop residues and livestock manures in an AD plant, any methane emissions that would otherwise have escaped into the atmosphere during decomposition or treatment are instead captured and harnessed, preventing the emission of a particularly potent GHG, at the same time as generating renewable energy.

In order to maximize the greenhouse gas savings which AD can provide, it is important that the wastes fed into an AD plant (known as feedstocks) are sustainable and produced with as low a carbon footprint as possible. It is also important to ensure that the process is efficient and that every possible unit of energy is used. Recapturing waste heat from areas such as CHP engines, exhausts and even treated digestate, and using this for other processes on-site is a clear way to increase the overall efficiency of an AD plant.

The other key to maximizing the environmental benefits of AD is to make best use of the resulting digestate. Most plants produce a mixture of liquid and solid digestate. Each has different logistical requirements in terms of how they can be stored and used, as well as differences in their nutritional composition, but what’s clear is that all digestate is an excellent source of organic matter. Over the last century, modern agricultural techniques and over-cultivation have reduced the organic matter in arable soils, creating management issues for farmers, and making soils more susceptible to erosion and carbon loss. Globally, soils store almost 4,000 billion tonnes of organic carbon[2], more than the world’s vegetation and atmosphere combined.

Replacing fossil fertilizers with solid digestate not only reduces greenhouse gas emissions, it also provides nutrients and carbon in a form which is readily absorbed by soil particles. This helps to improve the overall quality of the soil and aids future crop growth – something which is ever more important as food security is poised to become a major global issue.

There are many different ways to maximize both the efficiency of biogas plants, and the usefulness and effectiveness of digestate, such as pasteurization, separation and concentration systems. With the right advice and by choosing the correct technology, it is possible to make sound investment decisions which will not only increase plant efficiency, but also improve the overall environmental profile of AD – and maximize its benefits in terms of mitigating climate change.