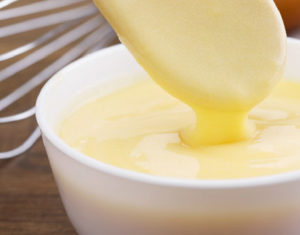 Thermal processing is an essential part of food production. Whether cooking, pasteurizing or sterilizing, or heating or cooling a range of products, it’s a safe bet that most food producers will be using a heat exchanger to carry out their thermal processing requirements. Yet, with such a variety of applications possible, it’s important that food processors select the right heat exchanger for their individual requirement.

There are a number of types on the market: plate, tubular, corrugated tube, scraped surface, etc. Each is suited to a particular application, so think carefully about your process, including the nature of the material/s to be heated or cooled, the objective of the process (such as cooking or pasteurization) and any restrictions of the environment where the heat exchanger is to be used.

The driving force for heat transfer is the difference in temperature between the two substances (often, but not always fluids). In the case of a smooth tubular heat exchanger the temperature of two simple fluids, such as water and milk changes as they pass through the heat exchanger. One of the reasons for making corrugated tube and scraped surface heat exchangers is that they are suitable for fluids and materials with complex properties, such as viscous and non-Newtonian fluids like custards and sauces, or for materials containing particles or sediment such as fruit purees. You should therefore always be mindful of the material to be processed before selecting your heat exchanger and it’s a good idea to seek professional advice from manufacturers and their agents, to help with the selection process.

One size does not fit all

Once the correct type of exchanger has been chosen, food processors must then make sure that the model supplied is correctly sized for the job. In other words, that it offers the right amount of heat transfer for the fluid/s being treated and at the throughput required. The heat exchanger must have a large enough heat transfer area for the specified fluids and their specified inlet and outlet temperatures. Most calculations should also factor in variables such as whether the heat exchanger operates using counter-flow or parallel flow.

Another important factor controlling heat transfer is the resistance to heat flow through the various ‘layers’ that form a barrier between the two fluids. There are effectively five of these layers:

The values for numbers 2 and 4 can usually be supplied by the client based on experience, while the designer of the heat exchanger will select the tube size, thickness and materials to suit the application. The resistance to heat flow resulting from numbers 1 and 5 (known as the partial heat transfer coefficients) depends both on the nature of the fluids and the geometry of the heat transfer surfaces themselves.

One way to prevent the build-up of these layers is to increase the speed at which the fluid passes through the heat exchanger so that turbulence is formed and the boundary layer breaks away from the surface of the tube. This is the point at which so-called laminar flow (with the fluid passing through in smooth layers, where the innermost layer flows at a higher rate than the outermost) becomes turbulent flow (where fluid does not flow in smooth layers but is mixed or agitated as it flows).

The speed at which this occurs is influenced by many different factors, but in order to quantify it for specifying heat exchangers, engineers use something called the Reynolds number. This is determined by the diameter of the tube, the mass velocity of the fluid and its viscosity. Reynolds numbers of less than 2,100 describe laminar flows, while numbers above 10,000 describe full turbulent flows. Between the two values is an area of uncertainty called the transitional zone where we see a general transition from full laminar to full turbulent flow. In practice, engineers try to provide solutions outside of this zone. Tube deformation such as corrugation helps to increase the heat transfer performance once entered the turbulent flow area (Reynold > 2100). This is the main reason for using corrugated tube heat exchangers.

However, it is also important that increasing turbulence in the flow of the material does not create issues with the product itself. For example, with pizza sauce, excessive turbulence can make the sauce sheer, leaving it runny and unsuitable for use. In such cases, corrugated tube heat exchangers are unsuitable and scraped-surface models can be applied, optimizing the scraper speeds to optimize on shearing behavior. In turn, this requires a different set of calculations to be performed although the thermal and physical properties of the product remains the same.

State of the art calculations

As with any kind of science, the mathematics and understanding of thermal dynamics is continuing to evolve and improve. However, much of the literature commonly used to build calculations and model heat exchanger performance can be up to 80 years old, and does not always reflect the most recent science. Also, while there is scientific literature for the behavior of fluids in smooth and corrugated tubes, there is little published data on scraped surface heat exchangers.

Using our experience, and the most recent scientific data available, HRS has produced a new state of the art software program which we use to calculate the necessary size of our heat exchangers. It is already producing some interesting results and giving new insights into how best to design tubular and scraped surface heat exchangers which provide the very best levels of performance.