The potential role of AD in tackling climate change 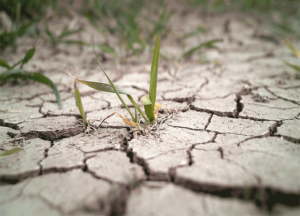 With a few notable exceptions, such as new US president Donald Trump and our own Nigel Lawson, the scientific consensus on climate change is well established. As far back as 2004, 75%[1] of US scientific papers accepted the premise of human modification of the climate. Today, as the evidence and scientific literature has grown this figure has risen to 97% or more[2].

The most recent provisional information from both the Met Office[3] and NASA[4] suggests that 2016 was the warmest year ever recorded globally, backing up a prediction that the UN’s WMO (World Meteorological Organisation) made in November last year.

Without getting into a detailed discussion on national and global environment policies, it seems fairly clear that in order to avoid the very worst effects of climate change, we will need to use every available tool to decarbonize as many aspects of society as possible, from energy generation and transport, through to food production and waste disposal.

When you adopt this holistic approach to decarbonizing you quickly realize that it is not just about renewable, low carbon energy production, although this is obviously one of the key areas to tackle. Our modern society is dependent on many substances and processes which are directly or indirectly responsible for the release of key greenhouse gases (GHGs) including carbon dioxide, methane and nitrous oxide. Globally, agriculture produces around 17% of total GHGs, with a further 7-14% due to changes in land use[5].

These emissions come from the entire agricultural cycle, from initial cultivation of soil (and longer term soil health and management), through the use of fertilizers and the raising of livestock, from the use of energy and from waste during harvesting, processing and in the supply chain. Overcoming these issues can seem insurmountable, but there is a single simple technology which has the potential to help reduce emissions from all of these areas: anaerobic digestion, or AD.

AD produces green renewable energy in the form of biogas through the bacterial breakdown of organic materials under anaerobic conditions. In doing so, not only does it create a highly versatile energy carrier (biogas can be used to produce electricity, used as a replacement for natural gas or used as a transport fuel), but the residue left behind after the process is a nutrient-rich organic fertilizer and soil conditioner. Furthermore, by treating waste, including food, crop residues and livestock manures in an AD plant, any methane emissions which they may have emitted to the atmosphere during their decomposition or treatment via other means, are captured and utilized, preventing the emission of a particularly potent GHG.

In order to maximize the greenhouse gas savings which AD can provide, it is important that the feedstocks used are both sustainable and produced with as low a carbon footprint as possible. It is also important to make sure that the process is as efficient as possible and that every possible unit of energy is used. Using heat exchangers to recapture heat for reuse in the AD plant or elsewhere is one of the most cost-effective ways to do this.

When it comes to plant efficiency, recapturing waste heat from areas such as CHP engines, exhausts and even treated digestate, and using this for other processes will increase the overall efficiency of the plant. The uses that such recovered heat is put to can include pre-treating feedstock (to improve gas yields or reduce the time required in the digester), pasteurization (to comply with Animal By-Products regulations or PAS 110 certification), digestate treatment or process heating, for example to dry crops. It can even be used for space or district heating schemes. Not only does using otherwise wasted heat in this way improve the environmental profile of an AD plant, but by increasing its efficiency it also improves overall economic performance over its operational life.

The other key to maximizing the environmental and climate benefits of AD is using the digestate in the best way possible. Most plants produce a mixture of liquid and solid digestate. Each has different logistical requirements in terms of how they can be stored and used, as well as differences in their nutritional composition. In general terms, digestate is particularly rich in nitrogen, phosphorus and potassium. The nitrogen provided to crops by digestate is more readily available to plants than other sources, which not only promotes rapid crop growth, but provided it is applied at the same time, can reduce losses from the soil through leeching and volatilisation as it does not sit around unused in the soil.

Another benefit of digestate, particularly the solid fraction, is that it is an excellent source of organic matter. Over the last century, modern agricultural techniques and over-cultivation have reduced the organic matter in arable soils. Not only does this create immediate soil management issues for farmers, and make soils more susceptible to erosion, but it also makes the soils themselves more susceptible to the loss of carbon. Globally, soils store almost 4,000 billion tonnes of organic carbon[6], more than the world’s vegetation and atmosphere combined. As carbon-rich materials are added to soils and cultivation reduced, so the soils’ overall capacity for carbon sequestration increases.[7] A long term study is currently underway at Aberystwyth University to quantify some of these benefits to carbon sequestration.

Obviously there are many sources of carbon which can be added to soils, including composts and crop residues. However, due to the unique processes in AD, the use of solid digestate avoids emissions of greenhouse gas associated with the aerobic decomposition of materials and provides nutrients and carbon in a form which is readily adsorbed by soil particles. These benefits must be offset against the greater conditioning effects of some materials such as compost. Finally, digestate is a low carbon fertilizer, helping reduce the overall carbon footprint of any crops grown with it, with some studies quoting a reduction of 13 kg CO2e/tonne of yield from this saving alone[8].

While there can be uncertainty about potential N2O emissions from digestate applied to soil, which will have a negative effect on the overall GHG balance, careful application timing and incorporation of the digestate can help to mitigate these. Like many technologies associated with the environment, the devil is in the detail.

With this in mind, it is important that plant operators and developers treat digestate as the important product that it is. There are many technologies available to increase the value and usability of digestate, including pasteurization, separation and concentration systems. However, before investing in any system it is worth making sure that you understand what it will and will not do.

For example, a simple drying system for digestate uses heat to remove water so that the digestate is easier to handle, has a higher dry matter and is lighter. Meanwhile, other specific technologies provide additional benefits. The HRS DCS (Digestate Concentration System) uses evaporation to significantly reduce digestate volumes, removing up to 80% of the water contained in the liquid fraction and concentrating it to 20% dry solids. By acid-dosing the digestate with sulphuric acid, pH levels are decreased and ammonia releases are prevented, as the ammonia is turned into ammonium sulphate. This is also an ideal biofertilizer. Therefore, while the volume of digestate is reduced, the nutrient content is not merely locked in after concentration – it actually increases.

There are many different ways to maximize both the efficiency of biogas plants, and the usefulness and effectiveness of digestate. With the right advice and by choosing the correct technology, it is possible to make sound investment decisions which will not only increase plant efficient, but also improve the overall environmental profile of AD – and maximize its benefits in terms of mitigating climate change.

[8] The Use of Digestate as an Organic Fertiliser. Environmental Technology. 2014: https://www.envirotech-online.com/article/water-wastewater/17/susanna_litmanen_franz_kirchmeyr/the_use_of_digestate_as_an_organic_fertiliser/1593