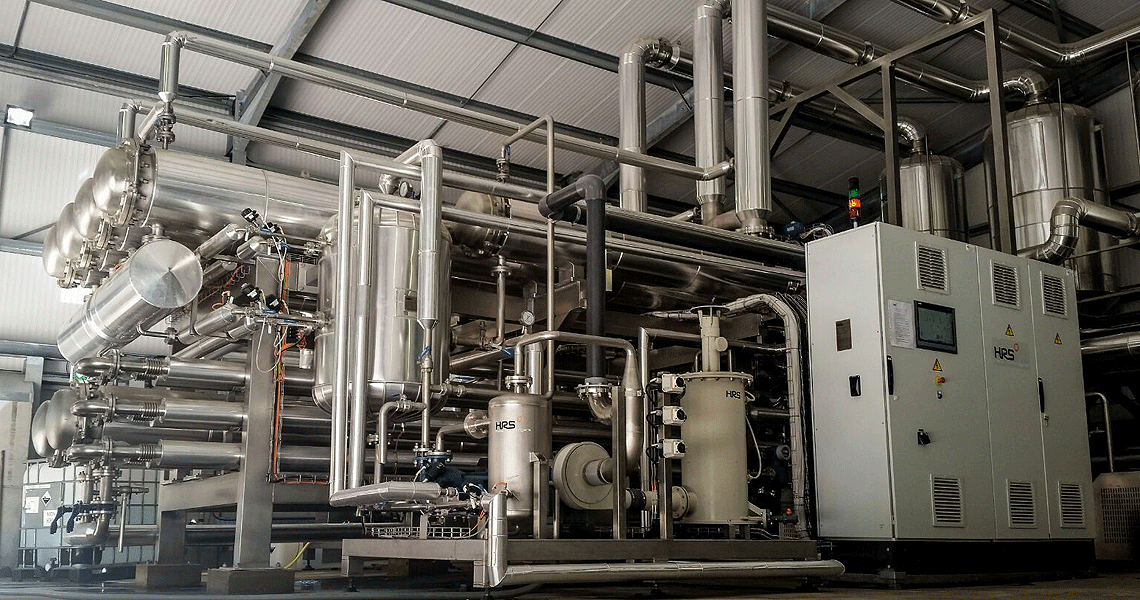 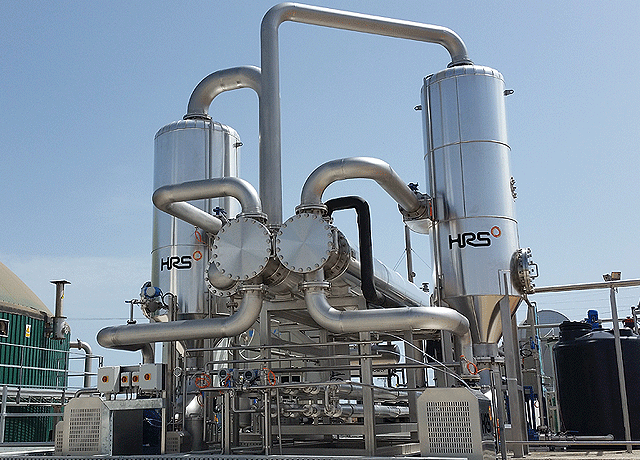 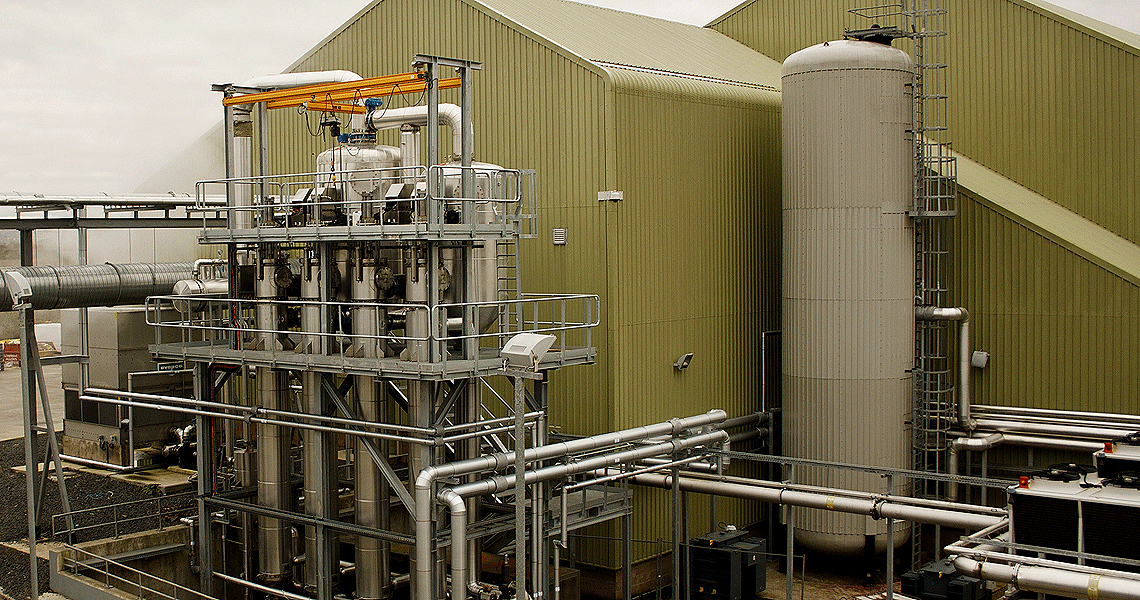 The HRS Digestate Concentration System (DCS) reduces the volume of digestate from anaerobic digestion while increasing its value. In most situations, it is able to do this using surplus heat from the CHP engine or biogas boiler, which can be used up to four times by incorporating multi-effect evaporation technology.

The numerous benefits of the HRS DCS system include:

The HRS Digestate Concentration System (DCS) works by superheating the digestate in a vacuum to facilitate concentration, using evaporation to significantly reduce digestate volumes while, at the same time, increasing the nutrient content.

The first part of the DCS process involves heating the liquid digestate in heat exchangers; no additional water or energy is required, as the surplus water from the plant’s CHP engine (which is usually available at 185˚F) is used as the heating media. The digestate is then pumped into a cyclone separator; the high speed rotating airflow causes the solid particles (which are too heavy to follow the tight curve of the airstream) to fall to the bottom of the cyclone, where they can be removed.

The steam produced from this first cycle (usually available at 158˚F) is then used as the heating media for the second effect, whereby the process is repeated. The subsequent steam (usually available at 140˚F) is used as the heating media for the third cycle – the number of effects is determined by the level of dry solids required, and the amount of spare heat available, up to a maximum of four cycles. After the final effect, the steam is condensed back into water and can then be used to dilute feedstock going into the front end of the digester; a completely closed loop system. The DCS is wholly self-sufficient – no energy or water is brought in or wasted, and everything is re-used.