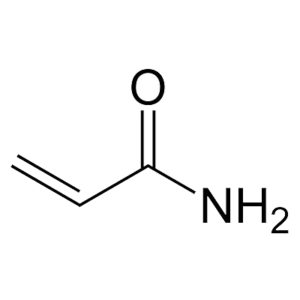 The World Health Organisation (WHO) has established a maximum level for drinking water of 0.5 mg/litre and European legislation on migration of chemical substances in plastic packages lays down a limit of 10µg/kg. Acrylamide is included in the list of Extremely Hazardous Substances of the United States Occupational Safety and Health Administration as it is a neurotoxin, a genotoxin, it is carcinogenic and reactive.

In general, acrylamide is formed naturally when food is cooked or processed, such as baking, frying or roasting. It is not only an industrial problem, home cooked foods can also form acrylamide in abundance if we roast or fry foods excessively. Acrylamide forms at temperatures above 120°C. According to some studies, the level of acrylamide produced depends on:

HRS Heat Exchangers are working to reduce process times and our products and processes are all designed to minimise the time taken for the process. As well as improving the economics of the process by saving energy, reducing processing time also brings benefits to the final organoleptic properties of the foods processed using our machinery and processes.

As an example, the time taken to cook in reactors of 1,000 litres or autoclaves can be hours, while HRS equipment can produce the same result using the same recipes and quantities in 15 to 20 minutes. It also brings the possibility of continual cooking as opposed to being obliged to cook in batches in a reactor or autoclave.

As a general rule, whether cooking at home or an industrial scale, burning of food should be avoided.  Various products should be cooked until they have a golden- yellow colour, as opposed to a golden-brown colour.