Driven by austerity measures, at the beginning of 2012 the Spanish government effectively withdrew subsidies for renewable energy, including biogas production. Despite this freeze on support, there are still opportunities for businesses to maximise the value of energy and digestate. So how does a farming company like Kernel Export, which produces salads, brassicas, melons, herbs and courgettes and pumpkins and exports throughout Europe, answer these market challenges and meet high crop safety standards, while complying with local legal requirements and fulfilling the expectations of overseas fresh produce markets? 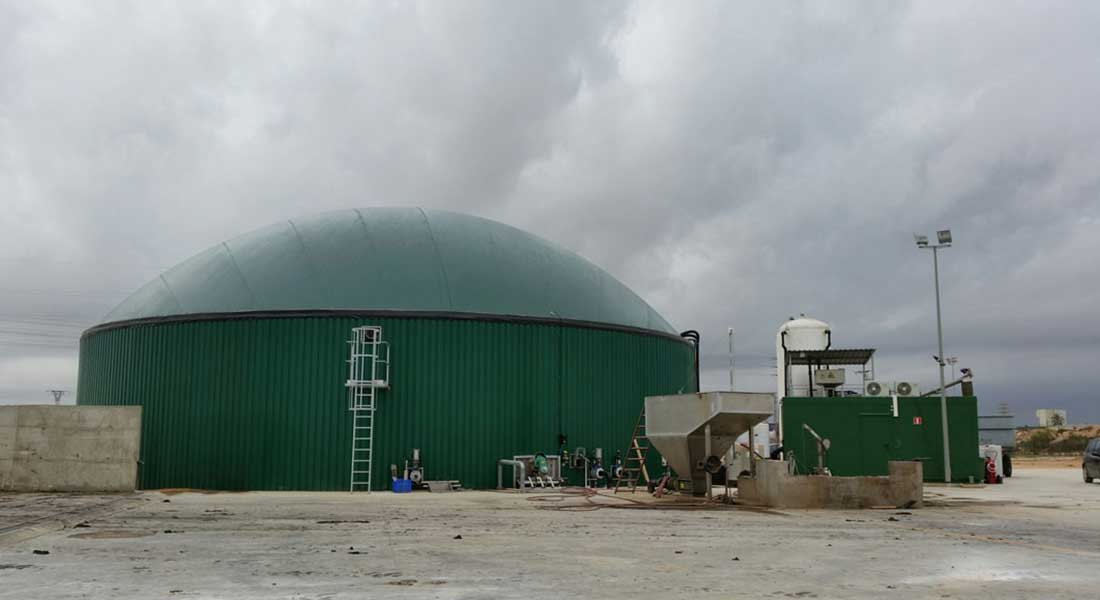 “We had been looking for years for a system to optimise the use of the waste from salads and vegetables from our two production sites and we found the answer in a biogas plant to generate electricity and heat. This is then used to process the liquid and solid fraction after digestion to obtain a bio-compost that we can use in back on our production fields. The project has been a real challenge, as nothing similar had ever been built, with the focus on reusing and recycling salad and vegetable waste to return it back to the land for future production.”
Jose Antonio Cánovas Martínez, General Manager of Kernel Export

“We were very pleased to be a part of this project as we believe that the solutions chosen by Kernel will serve as an example to the agricultural industry in Spain, demonstrating how crop waste can be converted into energy and high quality fertiliser.”
Arnold Kleijn, HRS Head of Sales and Marketing