A 5MW farmer-owned anaerobic digestion plant in Suffolk has chosen HRS Heat Exchangers to supply a new system to pasteurise its digestate; the valuable organic biofertiliser produced by the process. 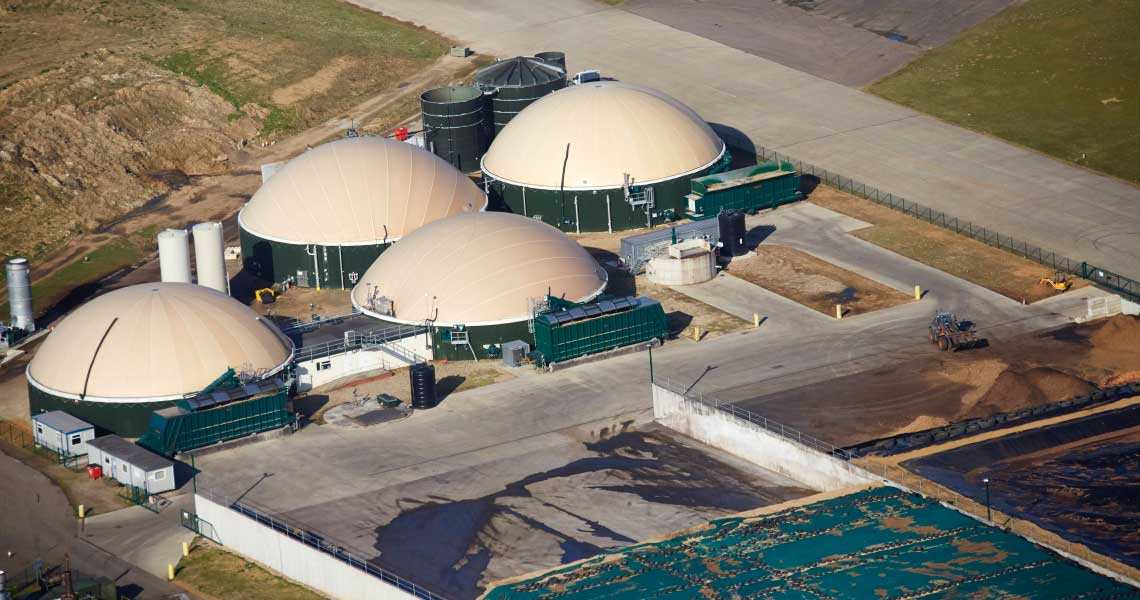 Agri-Gen, which is based near Woodbridge in Suffolk, is owned by a consortium of six local farmers who locally grow some 22,000 acres of arable and root crops, such as potatoes, carrots, parsnips and sugar beet.

The anaerobic digestion plant is fed with a mixture of agricultural materials including rye, sugar beet, beet pulp, vegetable out grades and maize, although the farms try to minimise the amount of maize grown. The energy produced by the plant is used, amongst other things, to dry and cold store crops such as potatoes and onions.

Since it began producing biogas four years ago the company has focused on expanding and running the plant, but is now in a position to carry out a number of improvements to the process, including the addition of pasteurisation to improve the biosecurity of the digestate fertiliser which is returned to the farms’ fields.

“The majority of material that feeds our plant is taken from our own land and the digestate goes back to our own land. However, we want to be absolutely certain that we protect our land base, so we do not want to transport crop diseases, pests or weeds across our land base. This is about making sure we don’t have problems.”

“We have been looking at pasteurisation, and have been talking to HRS about their different technologies, since the beginning. However, like all AD plants there is a limit to how much capital we have available, and our first priority was to grow the AD business and be sustainable. Now we are in a position where we can do some of the things we have always planned, such as adding a pasteurisation system.”

The unit in question is an HRS 3-Tank Batch Sludge Pasteuriser which will treat the digestate between the main digester and storage. The use of a three-tank system means that while one tank is being heated and pasteurised, another is being emptied and the third is being filled, which results in a continuous operation.

“One of the reasons AgriGen selected the HRS system is that we were able to configure it to match the amount of heat that they had available from their system in a way which fitted in with their existing layout. Although the AD plant uses around 70,000 tonnes of feedstock a year, some of the digestate is recycled when it passes through the presses, and so the pasteuriser is specified to cope with treating 80-85,000 tonnes of digestate each year.”

It is anticipated that the new pasteuriser will be installed and fully commissioned by the end of March 2016.