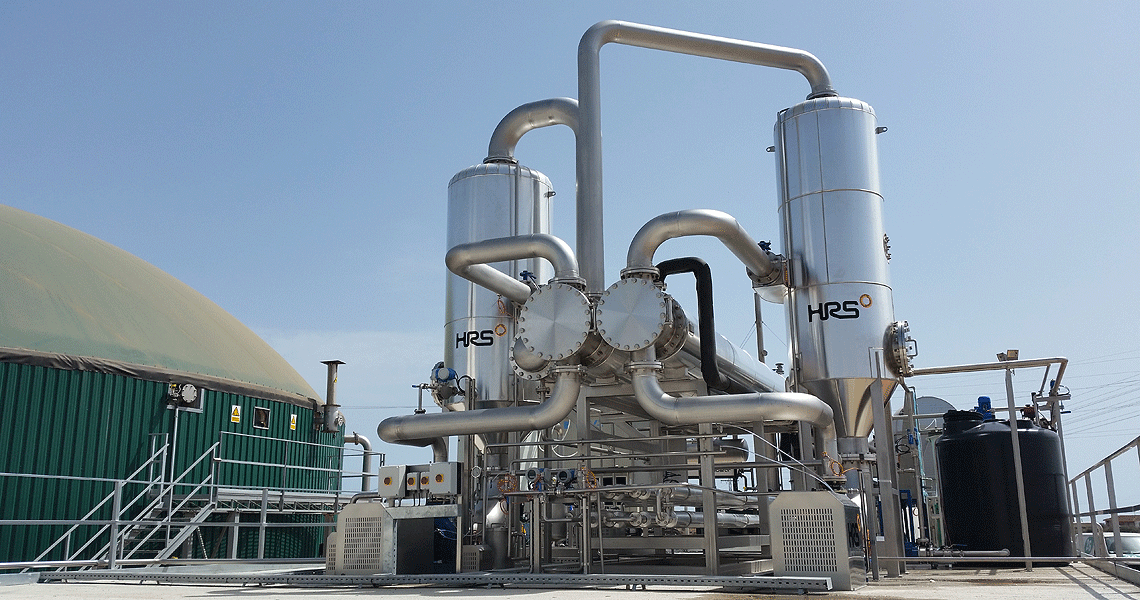 The past five years have seen an unprecedented growth in Britain’s anaerobic digestion (AD) sector, with the number of operational plants increasing by over 600 per cent outside of the water sector*. Alongside facilities treating food waste, sewage and municipal/commercial waste, there are now 181 AD plants treating a variety of agricultural feedstocks such as manures, slurries and crops**.

The Benefits of On-Farm AD

It’s easy to see why on-farm AD has proved so popular. Victims of supermarket price wars, rising energy bills and volatile commodity markets, many of Britain’s farmers are struggling to remain profitable and are also under pressure to reduce high levels of greenhouse gas emissions. Processing organic farm waste through an on-site AD plant is a neat diversification option which allows farmers to remain within farming. It provides an environmentally friendly waste management solution, helping to reduce their emissions; it generates biogas that can be converted into electricity, heat or biomethane for use on-site or to be sold to the grid, helping to reducing their energy bills; and perhaps most significantly, it produces a biofertiliser (digestate). Not only can the production of digestate dramatically reduce farmers’ fertiliser bills, it also returns valuable nutrients such as nitrogen, potassium and phosphorus back to the land, thereby helping to ensure the future of British farming.

However, recent government policy has failed to recognise these considerable benefits. No sooner had the industry announced the UK’s 400th AD plant in July 2015, than the new Conservative government slammed on the brakes, removing both pre-accreditation for the Feed-in Tariff (FIT) and AD’s exemption from the Climate Change Levy. Although DECC has recently confirmed its commitment to reintroduce pre-accreditation for the FIT scheme, its ambition remains startlingly low: government will provide support for a maximum of around 20 MW of additional AD capacity each year between 2016-19. This compares to an industry deployment of 48 MW in 2014 alone.

With government laying the foundations for a zero-subsidy future, it is therefore more important than ever that on-farm AD plants are operated efficiently, with every aspect of the process optimised, to ensure maximum return on investment.

Today’s responsible operators keep digestate production firmly at the heart of their business. They understand that creating a quality end product, which can also be sold to other farmers – and using as little energy as possible to do so – is essential for a thriving AD operation that will continue to appeal to investors.

For digestate to be viewed as a product, not a waste, it must be pasteurised to PAS 110 certification standards. This accreditation provides reassurance to growers that it is safe to be applied to land. The 3 Tank Batch Sludge Pasteuriser System from HRS Heat Exchangers achieves this using up to 70 per cent less energy than existing competitor technology. The system works on a three tank principle: while one tank is being filled, the second tank holds the digestate above 70°C, at the same time as the third tank is being emptied. Each process last one hour.

Traditionally, systems that heat digestate in a tank use a heating jacket – a bit like waiting for a giant kettle to boil – and then dump the heat after it has served its original purpose. The HRS system, however, employs energy recovery and is typically two to three times more efficient. By transferring energy from the hotter (pasteurised) sludge to the colder (unpasteurised) sludge, energy consumption is reduced by up to 70 per cent, maximising heat which would have otherwise been wasted. This also circumvents the need to install an additional heat source such as a biomass boiler, which could add hundreds of thousands of pounds to a project.

With farmers looking to reduce costs in every area of their AD operation, today’s efficient pasteurisation systems offer reduced downtime and increased digestate production. The inner tube in the HRS system’s exchanger which carries the digestate is a unique corrugated design; unlike the smooth tubes used in alternative exchangers. This boosts heat transfer by creating extra turbulence and also helps reduce fouling – as the digestate travels around the system, it’s less likely to stick to the tube wall, downtime and maintenance, as well as increasing the system’s lifespan.

Digestate stocks can fluctuate depending on the volume of feedstock being processed. It is therefore, important that operators employ a pasteurisation system which is capable of running a continuous process even when stocks fall. HRS’ addition of four level temperature probes – three in the bottom of each tank and one in the top – means the tanks can be filled to half capacities should the demand or flow drop off, allowing for continuous and flexible digestate production. Without these probes, the system would be put on a ‘go slow’ waiting for the tanks to fill, which would not only require more heat but would also incur the expense of slowing down production or shutting the system and restarting.

It is also imperative that a pasteurisation system is tailored to meet an individual plant’s needs. On-farm AD operators are now increasingly demanding systems which offer a reduced footprint, scalability and a flexible lead-time; all of which are standard with HRS.

But perhaps the most important factor for any digestate producer looking to purchase a new pasteurisation system is traceability. The ability to trace a batch of digestate back to its original feedstock consignment is invaluable in demonstrating accountability and providing peace of mind, and is an important feature of the HRS system, which uses the company’s in-house software to ensure its clients remain accountable and compliant with PAS 110 standards at all times.

Yet while heat exchanger and pasteurisation technology is helping on-farm AD operators to create a quality digestate, the sheer volumes being produced can be difficult to manage. A typical 1.5 MW plant generates as much as 40,000 TPA of liquid digestate, bringing significant economic and logistical challenges associated with its storage and transportation. And as best practice dictates that digestate cannot be applied to land all year round, digestate storage is a major consideration for AD operators. In fact, spreading digestate at the wrong time of year, when the crop is unable to take full advantage of its nutrients, reduces its value, can damage crops and risks polluting the environment.

Reducing the liquid fraction can greatly help to overcome these issues. The Digestate Concentration System (DCS) from HRS superheats liquid digestate in a vacuum, increasing the dry matter typically from four per cent to 10 per cent and reducing the overall volume of digestate produced. This means that up to 60 per cent less storage capacity is needed and fewer tanker loads are required, helping curb a plant’s transportation costs and carbon footprint. The water removed by the process is then recovered and can be mixed with the AD feedstock, increasing the efficiency of the digester and reducing the overall amount of energy and water used.

Survival of the Fittest

The use of intelligent heat exchanger, pasteurisation and concentration technology could help farmers to recover nearly half the heat produced by their AD plant and assist them in producing a quality biofertiliser, at the same time as making cost and energy savings. Maximising the value of digestate will give AD operators the best chance of not only surviving, but thriving in the face of uncertain government subsidies.