Family-owned for four generations, Huntapac is a leading grower and supplier of root crops such as carrots and parsnips. Established near Preston by William Hunter in 1942, the company initially grew a range of crops for fruit and vegetable markets in the North West, before starting to supply leading supermarkets almost fifty-years ago. The company was a major producer of root crops (carrots and parsnips), salads and brassicas (such as cauliflower and broccoli) until a few years ago, when it decided to rationalise its operations and concentrate solely on the root crops. 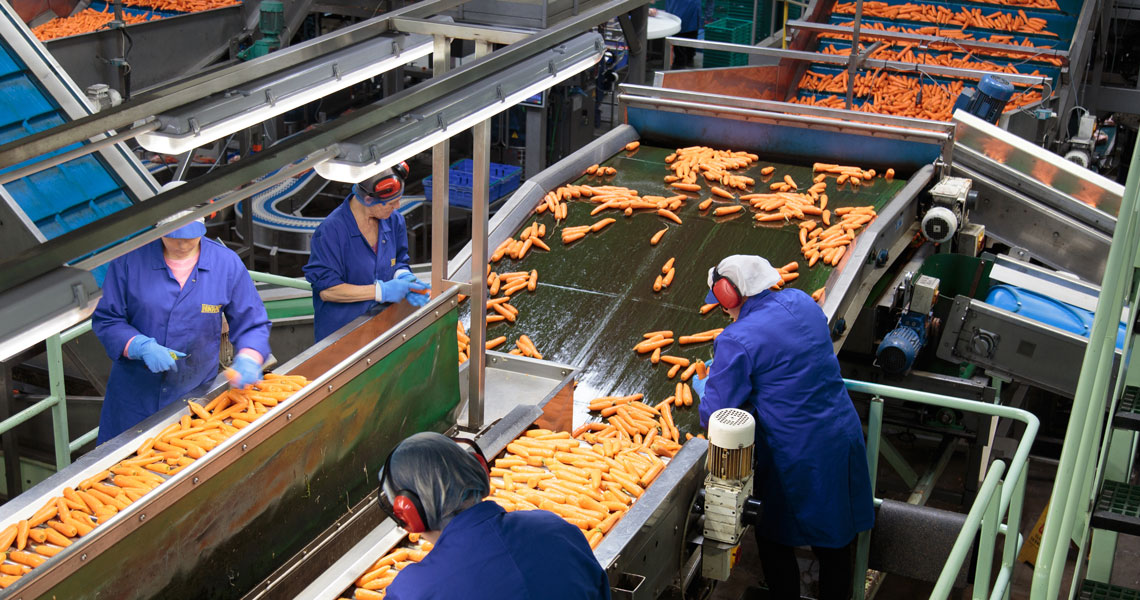 The business grows more than 1,300 hectares of carrots and parsnips across the UK, from Suffolk to Scotland, all of which are taken to the company’s factory at Holmes near Preston for washing and packing. With the increased focus on root crops since 2019, the company was keen to add value to the five per cent of the crop which is not suitable for its packing customers and looked at a number of options before deciding on the production of carrot powder.“Five per cent may not sound like a lot, but when you are washing up to 400 tonnes of carrots a day, it soon adds up,” comments Huntapac’s Commercial Director Steven Kay. “We researched a few methods because there are lots of different drying techniques available, and we felt that the process that was right for use was to puree the carrots, put them over a drying drum and then mill the flake that results into a powder.”

The process begins when the carrots are diced and then pureed, after which they are fed into the heat exchanger.  This consists of two HRS R Series rotary scraped surface heat exchangers placed in series, which raise the temperature of the carrot puree from 10 °C to 60 °C. As well as the heat exchangers themselves, HRS supplied two feed hoppers and an HRS BP Series positive displacement pump to feed the puree into the heat exchanger. The heat for the process is supplied from a dedicated steam boiler and the line has a capacity of 500 kg of puree per hour. The warmed puree is then passed over a drying drum where it is dried to create a flaked product which is milled down into the finished powder.“Pre-heating the puree before the drier performs two main functions,” explains HRS UK Sales Manager, Andy Ensor. “Warming the puree makes it easier to move through the line as it has less resistance, but the biggest benefit is that it reduces the amount of energy needed to dry the puree making the overall process more efficient.”Production of carrot powder began in the first half of 2021 and the line now produces around 60kg of dried finished product an hour. The carrot powder is produced under Feed Materials Assurance Scheme (FEMAS) accreditation and is used as an ingredient in animal feed.