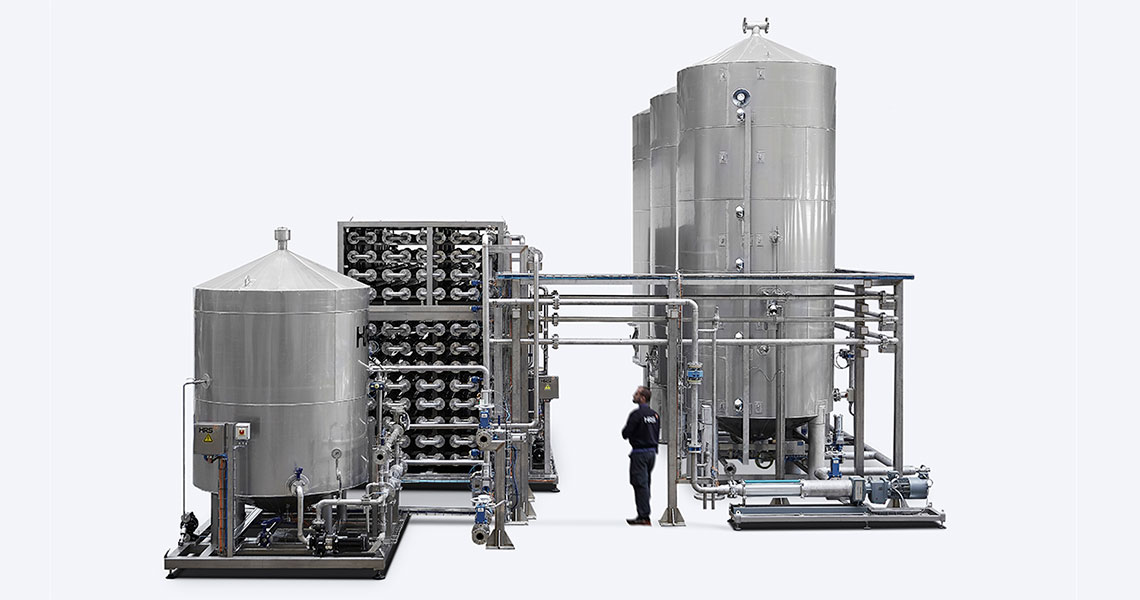 There are more than 650 operational anaerobic digestion (AD) plants in the UK, with a further 270 in development¹. However, a number of these plants have failed to perform in line with original predictions, leaving some operators and investors frustrated and disillusioned.

Despite this, the number of active investors, including companies taking on under-performing and aging AD plants, shows that there is scope to turn these plants into exemplars of biogas production.

Anaerobic digestion involves a complex mixture of biological, chemical and mechanical processes – biogas plants are often compared to cow’s stomachs – and as such it is not surprising that problems can occur.

Expansion or modification of an AD plant can be beneficial in many ways, from increasing the range of feedstocks processed to improving digestate management and increasing efficiency. It is important when undertaking such projects that expert advice is sought at all stages and that the integrity of the original plant is not compromised.

Many older AD plants were built with internal heating elements in the digestion tanks, but digestion tanks are an extremely harsh operating environment, which often results in premature failure of heating pipes and other equipment. Emptying digestion tanks for maintenance is also a time consuming and expensive process.

The solution is to replace internal heating systems with external systems based on heat exchangers, like the HRS DTI Series. Not only does this make maintenance of the heating system much easier, but because the heat exchanger can be designed to minimise fouling, heat transfer is greatly improved and so the heating process is more efficient. Where waste heat from a different part of the process (for example from the CHP engine) is used for digester heating, the energy efficiency is further increased.

The biogas produced by AD plants is a mixture of compounds including water vapour. If water enters a CHP engine it can decrease its efficiency and lead to corrosion, resulting in reduced biogas yields and engine damage. Removing the water also removes a proportion of water-soluble gases such as hydrogen sulphide, ammonia and siloxanes. It can increase the life of filters and less water in the engine’s fuel means less contamination of lubricating oil.

The HRS Biogas Dehumidification System (BDS) is specifically designed to remove the maximum amount of water vapour the minimum amount of additional energy. Rather than heating the biogas to dry it, the BDS uses condensation to remove water from the gas, and also includes a heat recovery section to further increase overall plant energy efficiency.

Increasing the Value of Digestate

Digestate represents a valuable income stream for many AD plants, but it must be suitably treated and handled. Above all digestate must be viewed as a product rather than a waste stream.

Pasteurisation can be an energy intensive process, so it is important that it is performed in the most cost-effective way. The HRS Digestate Pasteurisation System (DPS) is commonly based on the three-tank system, so that while one tank is being filled, the second tank holds the digestate above 70°C, and at the same time as the third tank is being emptied. However, two tank systems are also available for smaller units.

The HRS DPS employs energy recovery and is typically two- to three-times more efficient than systems which use heating jackets. Once the digestate has been treated, the system works in reverse, transferring the heat energy from the hot digestate to the water, and heating the incoming digestate. By transferring energy from the hotter (pasteurised) digestate to the colder (unpasteurised) digestate, energy consumption is reduced by up to 70%.

As well as pasteurisation, the nutrient content of digestate can be increased, and the storage and transport requirements reduced, by using a concentration method. In addition, preventing potential ammonia emissions from digestate and AD is increasingly seen as essential to enabling a sustainable biogas industry while also meeting the UK’s climate change targets. Using the HRS Digestate Concentration System (DCS) can deliver all of these benefits.

The HRS DCS uses evaporation to reduce the overall quantity of digestate by 60- 80%, greatly reducing associated storage requirements and transport costs. The system includes measures to retain the valuable nutrients in the digestate and reduce ammonia emissions, while the evaporated water can be condensed and reused. After concentration, the treated digestate can contain up to 20% dry solids, making it much easier to transport and handle.